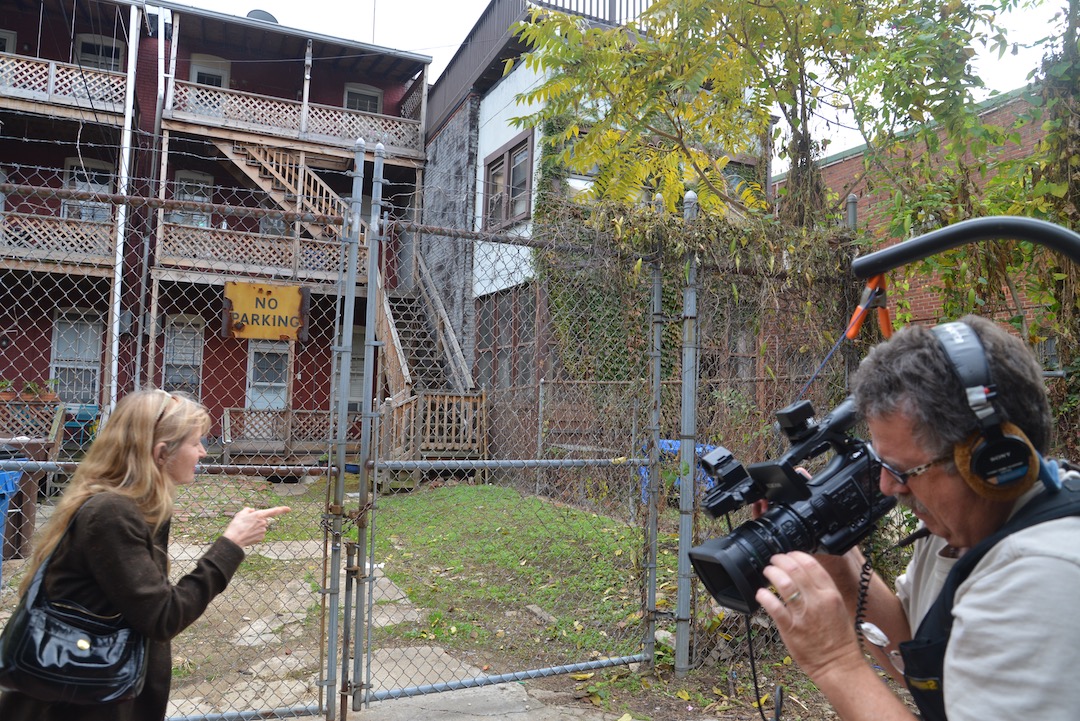 Filmaker David Herzberg started asking to film me while I painted in my studio ten years before I finally relented. I had a show coming up in California and said he could make a five minute film. He secretly made a 24 minute short film and it was accepted in a bunch of film festivals in the US and Canada. I would let him in my studio for short periods of time, then kick him out. To calm my nerves (and his) he would BBQ for me after filming. This film was dastardly Dave’s secret endeavor.

PS – The photo is Dave filming me in front of what was my old studio apartment in Washington, D.C.

“Transfigurations” in the art of Tina Mion

This was a talk Tina gave recently at SITE Santa Fe. The theme of the…

Copyright © 2022 Tina Mion- All Rights Reserved
Back To Top
MENU