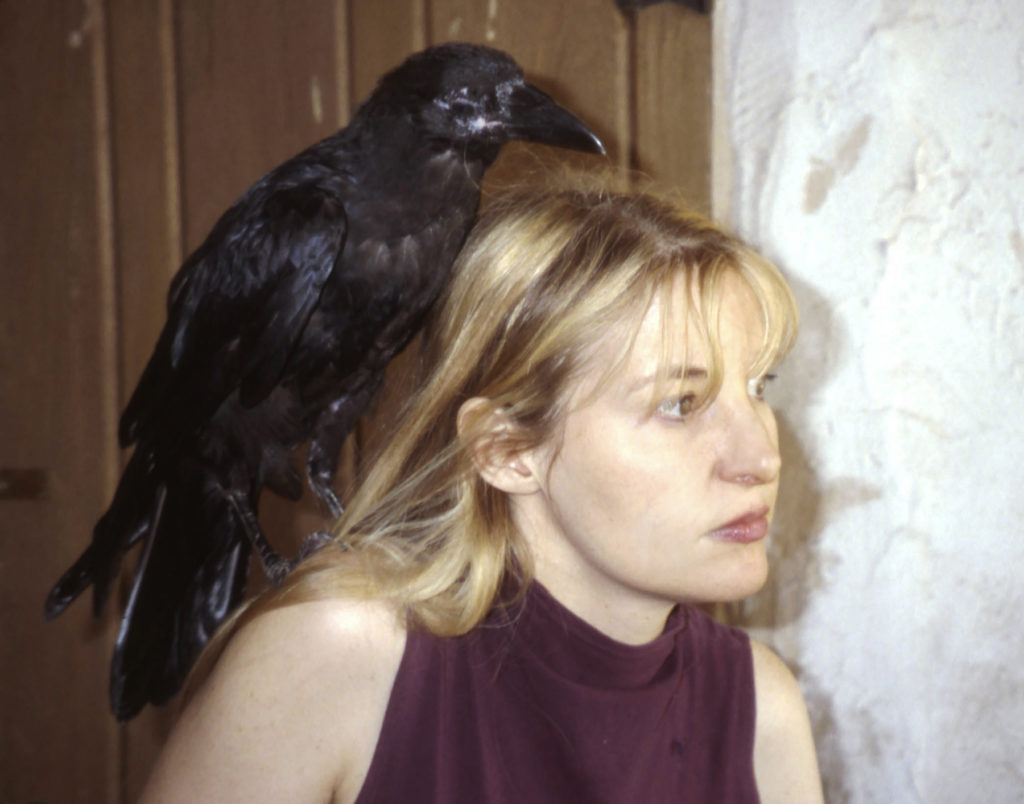 In the Beginning
I was born in Washington D.C. and at the age of four moved into an abandoned New Jersey mortuary. High school was started in New Hope PA and finished in Peterborough NH. The first artist I ever met was New Hope portrait painter Nelson Shanks at the age of twelve. He didn’t teach me to paint but he opened my eyes to the life, and studio of a painter. The first painting I remember seeing of his was a life-size fleshy naked man, I was impressed. A few years later I met New Hampshire painter Sidney Willis; he taught me how to use paint and, as the son of a Boston prize fighter, how to throw a punch. He gave me my first paints and even my first easel. By 18 I had my first apartment and was working for Byte Magazine; I worked in the book department and painted several paintings including a spooky magazine cover about DNA.

Never making it to New York City
A year later I enrolled at Paier College of Art just outside New Haven CT. I dropped out after two years and set off for NYC but wound up moving to Sri Lanka instead with a one-way ticket, little money and a ridiculously heavy suitcase full of paint. After overstaying my 3-month visa and having my boat ticket stolen I snuck onto a boat to India with a roll of toilet paper and a sketchbook. After traveling across India, up to Nepal then eventually back to Sri Lanka I wound up broke and living in an unheated barn in Maine. My next home was an island in Casco Bay where I slept on a piece of foam rubber and struggled and failed to start a fashion business called Tina and Taylor. From there I moved to Washington D.C.; every summer of my childhood had been spent in the area living with my Grandmother. Washington is where much of my early art education took place – I spent a lot of time in the museums sitting for hours and staring at paintings. I worked freelance for many D.C. clients including National Geographic, Smithsonian Institution, American Chemical Society and Johns Hopkins University. My work was diverse, from model building for television to every kind of illustration, to drawing tanks for the U.S. military. I continued painting for myself the whole time.

Falling asleep on a Soviet Bus
In 1988 at the height of the nuclear build-up between the United States and the Soviet Union I left for Ukraine – which at the time was part of the U.S.S.R – to take part in an historic month-long peace walk. Early in the trip I fell a sleep on an empty bus and woke up with two women leaning over me, one sketching my portrait. In broken English one of the women said, “hello my name is Valentina, I am an artist.” I answered, “My name is Tina, I am an artist.” Brochures were exchanged of our work with both having images we had each painted of India. Surprised, Valentina invited me to a party that evening her friends from Leningrad were having. She said: “today is my birthday.” I replied “and today is my birthday.”

The largest Ukrainian and Russian language papers published stories about our similarities calling us “paint brushes for peace.” Many invitations to studios both above and underground followed. The part of the story not reported was that just before I got off the bus Valentina (a generation older than me) asked “are you married?” I said no. Valentina continued: “you don’t have to have children but it is very difficult for a female artist alone”. The first person I met at the party that night would years later become my husband Allan Affeldt.

Running for President
After visiting the studios of Los Angeles artists Joe Goode, Sam Francis and Ed Ruscha I thought L.A. must be a good place for artists, so on July 4th 1991 I sold and gave away most of my belongings, and with no real plan I once again bought a one-way ticket – this time to California. In 1994, after various trips camping and painting in Mexico as well as working in stone lithography in Havana Cuba, I began Virtual Election for which I painted portraits of all the past Presidents and other figures in styles representative of their times and personality. In 1996 I ran for President on the World Wide Web on the Joker Ticket (in a shady, bribe-centered campaign) along with my 52 other historical paintings including of all the past Presidents – it was the first ever internet election. On election day 1996 the front page of my Orange County edition of the LA Times exclaimed – next to a picture of Bill Clinton and Bob Dole – “Tina Mion ahead in the Virtual election, Richard Nixon second.” Virtual Election travelled for years to Presidential Museums and other venues. As soon as it opened in Los Angeles I exchanged a portrait commission for a ticket to Africa, leaving my new husband to forage alone. Arriving at LAX early in the next year slightly crazed from lack of sleep and malaria drugs, Allan met me and announced we were leaving by train for Arizona in a matter of hours to buy La Posada – a huge forlorn Spanish-revival Fred Harvey Hotel, by woman architect Mary Colter. The hotel had been closed since 1958. We first visited Winslow in 1993, when we were living in a recreational vehicle in a rag-tag trailer park at the University of California Irvine, where Allan was writing a dissertation on cognitive science and I was rescuing rabbits and painting presidents in a tin shack. On April fools day 1997 Allan and I packed up one chair, an old basset hound and a couple of rabbits and moved to the tiny high desert town of Winslow Arizona.

Winslow, AZ
Today La Posada is restored, ever-expanding, and one of the most visited sights in northern Arizona. Tina has exhibited three times at the Smithsonian National Portrait Gallery in Washington D.C. Her work is in collections all over the world, including the National Portrait Gallery in Washington D.C. and the Nelson Atkins Museum in Kansas City, MO. She has given lectures all over the country including The University of Chicago, the Phoenix Art Museum and the L.A. County Art Museum. Her work has been used in University classes on American History and on death and dying. She has been featured on many programs including NPR Morning Edition, Arizona Highways Television, and American Public Media. A documentary of her work Tina Mion, behind the Studio Door by David Hertzberg was an official selection in many film festivals in the United States and Canada from 2012 to 2014.

Las Vegas, NM
In 2014 Tina and Allan purchased two more old hotels, this time in Las Vegas New Mexico an hour north of Santa Fe – the Plaza (1882) and the Castaneda (1898 – closed for seventy years), where after much restoration work Tina will soon have a New Mexico studio.

Copyright © 2022 Tina Mion- All Rights Reserved
Back To Top
MENU